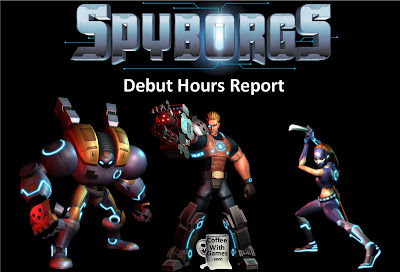 Coffee Beans
Spyborgs was released for the Wii on September 22, 2009 with a MSRP of $39.99. The game was developed by Bionic Games and published by Capcom, and it received an ESRB rating of "Teen" with "Crude Humor, Fantasy Violence, Mild Language" being listed as content for gamers and parents to be aware of.

How many hours have U.S. Wii owners reported playing Spyborgs since the game released? Brew yourself some coffee, and let's take a look! 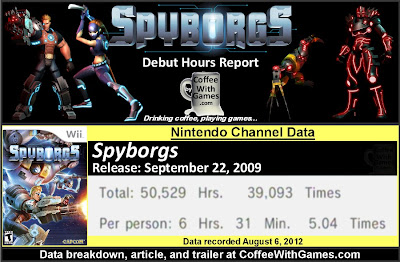 The Brew
Spyborgs has approximately 7,756 U.S. Wii owners that have reported game-play data through the Nintendo Channel, with 1,049 days possibly reported. The game's average play-time per day/session is about 1 Hour 17 Minutes, with its overall reported average being 6 Hours 31 Minutes "Per person" as the image above shows.

Caffeinated Thoughts
I personally enjoyed Resistance: Fall of Man when I played through it last year, so I was surprised to learn some of the same developers that worked on Spyborgs also worked on the original Resistance. The team at Bionic Games that developed Spyborgs included developers that had formerly developed games at Insomniac Games and High Impact Games.

I have tracked Spyborgs almost longer than any other game I have tracked on a weekly basis these last few years, just waiting on its hours to debut. I wasn't even sure if the game was programmed correctly for its hours to be reported and to show up on the Nintendo Channel, as some games aren't programmed with that functionality; but here we are nearly 3 years after its release with hours showing up.

While I have not played Spyborgs, I remembered seeing a trailer (or two) for the game when it was releasing and thought it looked interesting at the time. If you haven't seen anything about Spyborgs, take a look at the trailer below to get an idea of what you can expect from the game.


As for the debut hours, the average "Per person" being just "6 Hrs. 31 Min." is really surprising to me, as I thought it would be at least around 10 hours "Per person".

Why did I think the average hours would be higher? First, because it was a retail game and not a WiiWare title which usually has lower average hours reported "Per person"; and second, because it had a pretty big emphasis on "2-player co-op" in the descriptions and trailer for the game.

After searching Amazon.com and GameStop.com, I don't think the game is still being published by Capcom, so finding it "new" might be difficult in your regular retail stores. I did see the game listed at a crazy low "used" price of just $2.99 on GameStop.com, though it was "unavailable" when I looked. Would it be worth it though? That's where your feedback is appreciated!

Questions
Have any of you played Spyborgs, and if so, what did you think about it? Being that the game can now be found for under $20, is it a Wii game you would recommend to others that are perhaps looking for a unique co-operative game?

If you are interested in Spyborgs, you can see links to it on Amazon.com and GameStop.com below: 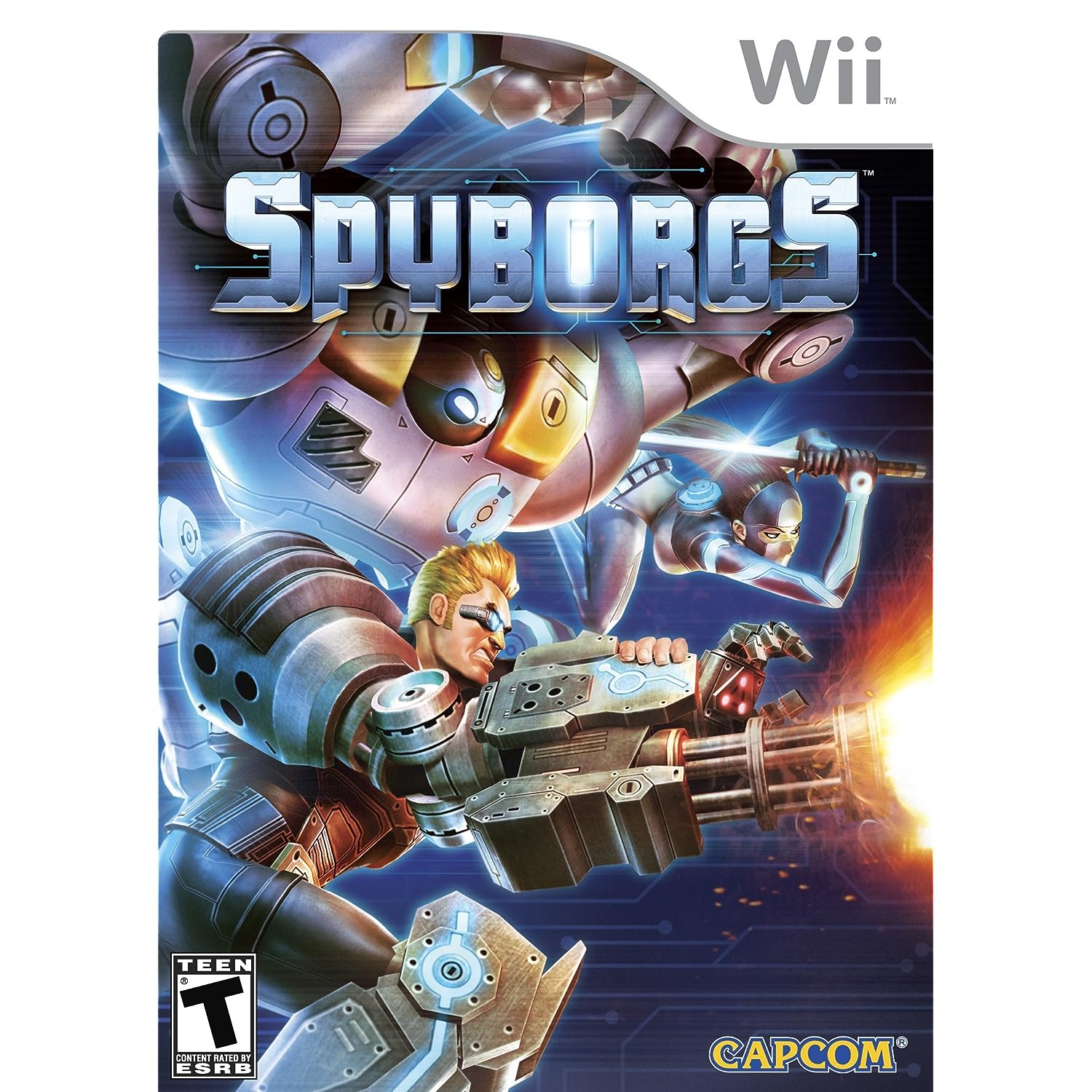 Posted by coffeewithgames at 7:30 AM