CoffeeWithGames Game Night! Call of Duty: Black Ops II on the Wii U 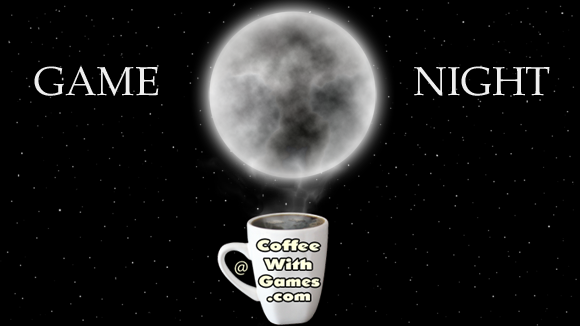 Coffee Beans
Announcing the first official, official CoffeeWithGames Game Night! While I have randomly played online games with some of you in the past, it wasn't always scheduled. Hopefully, with this new feature (mentioned last month), it will become more of a regular event and allow us to have fun gaming together!

Tomorrow night, Sunday, September 22nd at 11:30 PM EST, I will be hopping into Call of Duty: Black Ops II's online multiplayer on the Wii U, to play some Team Deathmatch battles!

My NNID is Coffees, and if you own a Wii U feel free to add my NNID to your Wii U friend list. I have written a few times before, about how I enjoy Black Ops II and I will be recording my matches tomorrow night as I have in the past as well.

If you want to try and make this CoffeeWithGames Game Night, I'm planning on playing for at least an hour (until 12:30 AM EST), and feel free to leave a comment below with your NNID and I'll look for you tomorrow night and send you an invite! I probably won't be using voice-chat in the game, as my current headsets have been dismantled recently by the Beans (our sons), but that should be remedied in the next month or so, for voice-chat in future CoffeeWithGames Game Nights.

If you just purchased a Wii U this weekend, maybe because of the new system price drop and The Wind Waker HD bundle, right now is an excellent time to grab Black Ops II for the Wii U because it's currently on sale for under $20! I believe the Black Ops II sale is currently in Best Buy stores and BestBuy.com online, as well as on Amazon.com. So, if you are one of the people that maybe grabbed a Wii U this weekend, planning on hiding it away until Christmas morning from your family, you could always grab Black Ops II at Best Buy today, and hide in a closet tomorrow night playing the game on just the Wii U's GamePad for the first CoffeeWithGames Game Night!

*Disclaimer: My copy of Call of Duty: Black Ops II for the Wii U was provided by Activision for coverage purposes.
Posted by coffeewithgames at 12:25 PM