What's a birthday without a gift? CoffeeWithGames turns 4!

Coffee Beans
What's a birthday without a gift? If you have been wondering if my coffee supply ran out and I went into a deep sleep because of it and that's why I haven't been posting, I can say that has not been the case! I have been doing some CoffeeWithGames related things behind-the-scenes, even though I haven't been posting.

At the end of June, I decided to get all of the Nintendo Channel data I had recorded during the final week (EVERY. SINGLE. WII. GAME!), before Nintendo took the Nintendo Channel offline, into a nice spreadsheet form. I spent my spare moments doing that for about 3 weeks, from late June and into July.

Instead of focusing just on past Wii games, CoffeeWithGames will now focus on more current games and systems. Here are a few things CoffeeWithGames will be doing on a more regular basis now:
1) Reviews! Reviews will now be happening on a more regular basis, and game reviews will have a slight twist from the normal method most sites use when reviewing games today.
2) Interviews! I have done interviews randomly in the past, but not on a regular basis. There will now be at least one interview a month (that's my goal), either from developers, publishers, or people within the industry.
3) Videos! I enjoy creating and editing videos. I'm a bit detail oriented (see: OCD) when it comes to things though, and can spend way too much time editing and creating content (not just game related). So, I will now do more standard gameplay videos now of games I'm currently playing, and/or that the Beans are playing like what I did with Mutant Mudds Deluxe.
4) Opinion pieces! I don't do these often, but I am looking to change that. An example of what these may be like, would be what I wrote about and wished for the first Wii U update to fix, before the first system update was released.
5) Coffee Shop! I browse Amazon.com pretty much every single day, for a number of reasons. One, is checking for any incredible deal I might not be able to pass by, another is more data related. So, I will be doing more Coffee Shop posts to share games deals, at least once a week.
6) CoffeeWithGames Game Nights! I enjoy playing games online. Call of Duty: Black Ops II is my most played Wii U game because of the online multiplayer. Instead of just playing by myself though, I will now try and schedule at least on CoffeeWithGames Game Night a month, and announce what game I'll be playing and when about a week in advance. Hopefully, this will make it easier for some of us game together, and of course, recording the footage and doing a video of it might be possible as well.

While these things should provide a decent amount of content each month, there will also still be the random pieces from time-to-time like the "Critics vs. Customers!" pieces, Sales Ranks Analysis pieces, and maybe even the random Grounds for Celebration! piece(s) will make an occasional return.

Now, what about that birthday gift? Hit the jump and keep reading to find out!

The Brew
While I mentioned in the section above what I plan on doing moving forward with CoffeeWithGames, here is some history and things about (and, because of) CoffeeWithGames that have happened over the last 4 years since I started it: 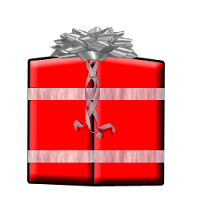 Now, what about that birthday gift? As many birthday gifts probably are (and should be!), this one is a surprise, and I'm giving it away. What do you need to do though, in order to to be entered to receive this birthday gift? Simple, join the party! Do so by leaving a comment on this post and let me know what you have (and, perhaps haven't) enjoyed on CoffeeWithGames over the last 4 years, and what new features you're looking forward to the most!

I'll give this post about a week for comments and feedback, and then draw a winner who follows the guidelines later next week.

Question
Did any of you do a double-take when you saw this post pop-up, and then the new look for the site?

Posted by coffeewithgames at 8:16 PM