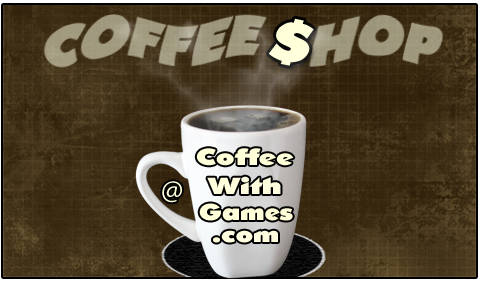 Coffee Beans
Yesterday, September 20, 2013, was the first day for the first official manufacturer's suggested retail price drop on the Wii U Deluxe Sets to take place. The Wii U system has been out less than a year now, releasing just last November in the U.S., and the Wii U Deluxe Set originally released with a MSRP of $349.99.

For those of you, unlike myself, that didn't buy a Wii U system when it released or before yesterday, you can now find at least two Wii U Deluxe Sets to buy at its new lower MSRP of only $299.99. There is the standard Wii U Deluxe Set bundled with Nintendo Land, and the newer Limited-edition Wii U Deluxe Set that comes with a digital eShop version of The Legend of Zelda: The Wind Waker HD, the special customized Wind Waker HD Wii U GamePad, as well as a digital download copy of The Legend of Zelda: Hyrule Historia. If you're looking for the White Wii U Basic Set though, apparently that one is going the way of an honest politician, and will probably become more difficult to find as a new product.

So, while the Wii U has now seen its first official MSRP drop, what about Wii U games that have been released? Well, some Wii U games have now apparently seen official price drops, some pretty significant price drops.

Brew yourself some coffee, and see if any of the following new Wii U games prices and deals stand out to you, and if you would recommend any of them to your fellow Wii U gamers!

The Brew
Assassin's Creed III is currently on sale for just $19.99. Assassin's Creed III released on the Wii U this last holiday season with a MSRP of $59.99, but the game has now seen price drops at Best Buy, GameStop, and Amazon.com with its new MSRP/list price being just $29.99. The Wii U version of Assassin's Creed III does feature Off-TV Play, which means the entire game can be played on just the Wii U GamePad. I enjoyed my time with the game, and I played the majority of my time with it using the Wii U's GamePad Off-TV Play feature. The game is currently on sale at many retailers, and you can grab it for under $20 right now at the ones I listed or linked above.

LEGO Batman 2: DC Super Heroes for the Wii U is currently on sale for just $28.26 with free shipping. The game released for the Wii U in May with a MSRP of $49.99, but has since seen its MSRP/list price drop down to $39.99 at Amazon.com, Best Buy, and GameStop. The Wii version of the game had close to 30 hours of gameplay averaged "Per person", when I reported on it in May. In the comments on that post, Jeremy from NintendoFuse confirmed LEGO Batman 2 for the Wii U, like Assassin's Creed III, does feature GamePad Off-TV Play.

So, these are three Wii U games that at the very least offer Off-TV Play as an option with the Wii U GamePad, and all have seen price drops since they released, with Tekken Tag Tournament 2 getting the most significant price drop.

If you missed my CoffeeWithGames Game Night post earlier, I mentioned in it how Call of Duty: Black Ops II is currently on sale for just $19.99 at a few different retailers. I'm not sure how long the sale will last, maybe not even until tomorrow morning, but I did want to highlight that game being on sale again, even though it hasn't seen and official MSRP/list price drop just yet.

Based on my time with both Assassin's Creed III and Black Ops II, if you're a new Wii U owner and have been interested in either of those games, I would definitely recommend you give them a try at their current sale prices.

Questions
If you have played LEGO Batman 2 or Tekken Tag Tournament 2 on the Wii U, are they games you can recommend at their prices to perhaps new Wii U owners looking for games to play?

Posted by coffeewithgames at 11:22 PM