Coffee Beans
It's already June, and that means E3 is right around the corner and I'm sure this will be a busy month with video game news. If you perhaps skimmed here occasionally during May, here is a recap of some of the posts from the month you may have missed, but possibly find interesting:
1) Do you enjoy FPS games and ever wonder how much FPS games on the Wii are/were played? If so, you may find the Conduit 2 official Nintendo Channel data report interesting, HERE.
2) Are you a Star Wars fan? Then you may find it interesting what the Wii's "least played" Star Wars game is, according to the average hours reported "Per person" in the United States, HERE.
3) What is the best Metroid game of all time? I don't know because I haven't played all of them, but Super Metroid is regarded pretty highly by many, and you can now buy it on Wii U's Virtual Console until June 13th for just 30 cents. If you wonder how many hours you might expect from the game, check out Super Metroid's official U.S. Nintendo Channel data, HERE.
4) The Wii U now has two Batman games that you can buy. One is Batman: Arkham City Armored Edition, a Wii U launch title, which my neighbor has played and really enjoyed on the system. The other is LEGO Batman 2: DC Super Heroes which released last month for the Wii U. If you're wondering about how many hours you can get from the game, you can read the LEGO Batman 2 Nintendo Channel data report for the Wii version, HERE.
5) Did you skip Donkey Kong Country Returns on the Wii, but are perhaps interested in it for the Nintendo 3DS? Are you curious as to how many hours you might expect from the game? You can see the average hours reported for the game, "Per person", in its official Wii U.S. Nintendo Channel data report from last month, HERE.
6) Did you not own a Wii, but do own a Wii U? I think one big benefit of the Wii U is its backwards compatibility with Wii titles. If you own a Wii U and have a Wii Remote and Nunchuk, you might be interested in the Super Mario Galaxy games. While I only played the original, you can see how many hours you might be able to expect from Super Mario Galaxy 2, HERE, in last month's Nintendo Channel data report.

Now, what were two new coffee blends I consumed in May, and what was our most played Wii U game during the month? Brew yourself some coffee, let's take a look at what games I played, and coffees I consumed during May.

Coffees Consumed
May was back to being more "normal", than April was. In April, we only brewed up one coffee blend during the month, but in May we brewed four blends, plus I had an iced coffee drink as well.

The Beaumont Coffee Classic Roast was the first completely new coffee blend for us, and Mrs. Coffee purchased it for us from ALDI. It was their store brand coffee blend, which made me wary of it before we even opened it. While I have purchased store brands of other items, we had never tried it with our coffee blends before. The container she purchased was 33.9 OZ (over 2 pounds!), and like the Maxwell House blends she normally buys, it said it can make "...UP TO 270" cups of coffee. So, if I (we) didn't like it, we would have a backup supply of coffee for a while.

The container even had a coffee roast guide that put this blend as a "MEDIUM" roast coffee, while letting us know the range for the coffee blends is: MILD, MEDIUM, MED-DARK, or DARK. The real question though, is how did it taste?

I was very surprised by it, in a good way, because it had a good solid flavor for a medium roast coffee. If you like your coffees more dark roasted, this might not be for you; but, if you are cheap (I think Merriam-Webster wants my picture for the word's definition update next year) and enjoy a wide range of coffee blends, I would highly suggest giving this one a try. Not only was this the lowest priced coffee blend Mrs. Coffee has found for us yet (only $5.49 for it!), but it surprised both of us by not being a weak blend. We enjoyed it so much, that after we finished the first container in May, Mrs. Coffee bought us another one that has now started June off for us as well.
The second new coffee blend I had in May, at least "new" in a while, was the Dunkin' Donuts Iced Coffee. This actually was a mistaken coffee order, but I decided to give it a try anyway. We had gone out for ice cream at a Baskin-Robbins location, which just so happened to be a Baskin-Robbins/Dunkin' Donuts joint location. We asked the employee to add a medium coffee to our order, but with the hustle and bustle of juggling multiple customers, he heard "Medium iced coffee". He asked if I wanted room for cream and sugar, and after I picked myself up off the floor from laughing, I kindly said no, and told him he could be a stand-up comic. (Only part of that previous sentence is the actual account of what happened.)

So, how was the iced coffee drink? Surprisingly, very strong. I don't drink iced coffee beverages very often, and actually I can't remember the last time before this Dunkin' Donuts Iced Coffee that I had one. If you don't like strong coffee though, you should definitely leave room for cream and sugar in this one. If you do like your coffee blends strong though, this might be something you can enjoy during the hot days of summer that are probably right around the corner.

Games Played
The following "Instant Coffee" list doesn't contain all of the games I "played" in May, as I was volunteered to play some by Bean 1, or I would hop on some to play for just a few minutes to help him out if he was having trouble. One of those games for example, was Fluidity, which he plays from time-to-time. While I would help him get through certain sections, I wouldn't play the entire level/levels.

Nintendo Land received some decent play-time in May, not only from Bean 1 and me, but also from a cousin of Bean 1 who visited us for a few days. She had never played it before, and she really enjoyed playing Animal Crossing: Sweet Day the most. It was interesting, because she's a few years older than Bean 1 and she described the mini-game as, "It's like Easter, and hunting for eggs." When she said it, I thought it was an interesting description, and thought that Nintendo could have even released some free DLC Easter Bunny costumes for it, and changed the candies to Easter eggs to help promote the game and Wii U during Easter week. 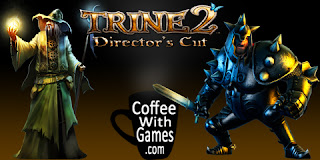 I unlocked Trine 2's exclusive Wii U level back near the end of April, but I didn't play it in April. I finally played and beat the Wii U's exclusive level, the Dwarven Caverns, in the middle of May though. There was one spot where I encountered an audio glitch, and I haven't played back through the level to see if it happens every time, but it was a bit odd hearing it happen and makes me wonder if perhaps it was missed in QA testing, because it was a new level? The last level is challenging in certain spots though, with trying to figure out the mechanics of certain switches and equipment to progress through it, and I did enjoy my time playing through it despite the weird audio glitch.

While Super Metroid was my only "new" game purchase in May, I still haven't played it yet, but I didn't want to pass up its awesome sale price. As for the other games I listed above, if you have any specific questions (even thoughts) about any of them I played in May, feel free to ask me in the comments section below, or by emailing me at Scott(@)CoffeeWithGames.com.

Questions
Did any of you buy any new games in May, or perhaps any new systems like the Wii U Basic Set that I highlighted in a post?

Also, what games did you find yourself playing in May, and did you enjoy any new coffee blends in the month?
Posted by coffeewithgames at 6:30 AM