Coffee Shop! The best Wii U Basic Set sale yet, and why it might make sense for many to buy it, instead of the Wii U Deluxe Set. 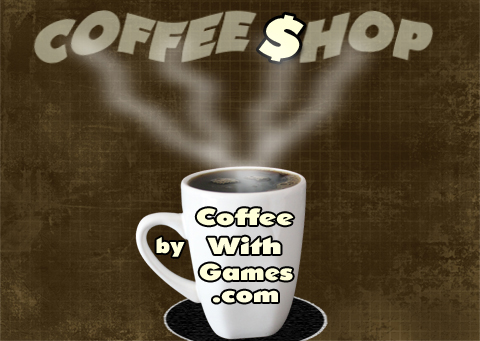 Coffee Beans
The White Wii U Basic Set released just over 6 months ago in the U.S. with a MSRP of $299.99. The system doesn't include Nintendo Land ($59.99 MSRP) and it doesn't include the Wii U GamePad Stand/Cradle Set ($19.99 MSRP), like the Wii U Deluxe Set ($349.99 MSRP) includes. Also, the Wii U Basic Set has 8 GB of internal storage (really only about 3 GB available for downloads and storage), while the Deluxe Set has 32 GB of internal storage (about 25 GB available for use).

For me, having Nintendo Land, the GamePad Stand/Cradle Set, and the extra memory was enough to justify the $50 price difference at launch for the Deluxe Set, and the Deluxe Digital Promotion was just icing on the coffee cake.

The Brew
As the image above shows, right now you can get the Wii U Basic Set, along with a copy of Nintendo Land, the GamePad Stand/Cradle Set, and a 500 GB external HDD for only $334.86! The best thing about it, you can pick and choose which accessories and/or game(s) you want to buy with the Basic Set, and save even more.

If you are concerned about extra memory for save files and eShop games, Virtual Console games, and perhaps even full digital retail games on the Wii U Basic Set, you can grab a 500 GB external HDD for $50 right now. If you already have an extra external HDD not being used, you can subtract $49.99 from the left total in the image. This means you can get the Wii U Basic Set with Nintendo Land and the GamePad charging cradle for $284.87.

If you aren't concerned with extra HDD space, you could grab at least one other Wii U retail game at a regular MSRP of $59.99 and get the Wii U console, two games (at the very least), and the GamePad Stand/Cradle Set for under the cost of the Wii U Deluxe Set.

Really though, if you aren't concerned about the color of the system, the Deluxe Digital Promotion (meaning, you don't think you will download a lot of games, to take advantage of the offer), and the Wii U console stand doesn't matter to you (we don't even use our console stand, just the GamePad Stand/Cradle), then I really do think this is a great deal.

Caffeinated Thoughts
I am very interested in this Wii U Basic Set sale for my parents, because of a certain game that is supposed to be heading to the system, but hasn't officially been announced yet. My parents wouldn't probably ever need any extra HDD space, not care about the Deluxe Digital Promotion, and the color of the system wouldn't matter.

While I have been debating on this Wii U deal for the last week now, I just wanted to make sure everybody around here that might be interested in a Wii U, is aware of the sale that is happening.

Personally, I'm guessing that Target is clearing inventory of the Wii U Basic Set, and Nintendo is allowing them to discount it without actually taking a loss. I think it will be interesting to see what Nintendo does for the Wii U Deluxe Set moving forward, and hopefully we know more about the Wii U's future with E3 right around the corner.

You can see Nintendo Land, the GamePad Stand/Cradle Set, and the HDD on Amazon.com used for the prices in the image, below:

Posted by coffeewithgames at 8:22 PM