5 Years Ago, This Day...and GIVEAWAY!

Coffee Beans:
Before we knew it as the Wii, we knew it as the Revolution.  In March of 2006, there were rumblings of a FPS being developed for Nintendo's next console.  Screenshots were even leaked/scanned from magazines, and it was said that Ubisoft was developing it.
Well, on April 11, 2006, 5 years this day(Tuesday), not today, Ubisoft officially made the announcement, with a press release, that they were developing Red Steel for the Revolution.

A portion of the press release said, "Today Ubisoft...announced the development of Red Steel, an exclusive first-person action title for the Nintendo Revolution(working name of the new Nintendo platform).  Red Steel is set in modern-day Japan.  Players will master both the ancient art of the katana and the sophisticated technology of modern firearms taking advantage of the emotion and immersive gameplay possible only with the Revolution's remarkable controller."

Filtered Thoughts:
Red Steel seems to be one of those games with a very love/hate type of relationship with gamers.  I rented the game first, because of the wide range of review scores.  I found that even with some control issues, the game was fun and I enjoyed it enough to play through it at least twice.  I would say at its current prices, used or new, the game is worth a try...or at the least, a rental.
So, to put money where my mouth is, I'm giving away a copy of Red Steel

From my research, I think Red Steel was the first FPS announced for the Wii, and it garnered much attention due to the fact it was an "exclusive" title for Nintendo's new system.

When the game released though, it was met with a wide range of critical reception.  Red Steel has a "professional" review score average of 65.83%, based on 59 reviews on GameRankings.com.
I converted the 92 Amazon.com customer review scores to a 100% review scale, and the average for it was 68.47%.
Contest Details:
What must you do to enter this giveaway?  Well first, it's open to U.S. residents(unless the game will play on all North American Wiis), then I'll open it up to Canadian readers as well.  So, if you're in Canada, and you know Red Steel will play on your Wii, you can enter also.
Enter by:
1)  Being a public follower of this blog.  You can register for that on the right sidebar.  I'll contact you through the email address you're registered with, unless I already have an alternate email for you.
2)  Leaving a comment on this post, saying something like, "I want Red Steel more than my morning cup of coffee!"
3)  Get a Bonus Entry by - retweeting this on your Twitter account(there's even a little button below this post for Twitter tweets) AND/OR, "LIKING" the CoffeewithGames Facebook Page...found HERE.  Once you retweet this page, or "Like" the CoffeewithGames Facebook Page, leave a comment saying, "I retweeted this page, I want my Bonus Entry more than a cup of coffee!" or, "I 'liked' Facebook page, I want my Bonus Entry more than a cup of coffee!"
If you aren't sure how to become a follower of this site, you need to look at the right sidebar and find the "Follow and Subscribe" box, pictured below; then just click the "Follow" button to start the process. 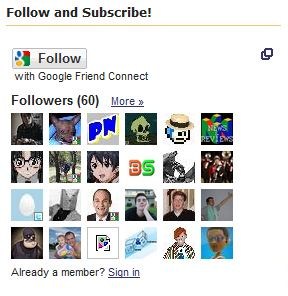 The contest will run from today, April 12, 2011, through April 26, 2011 and close on April 26 at 11:59PM EST.  I'll contact the winner after the drawing, and post it up probably sometime on Wednesday April 27.
The rules may change if necessary, though I always try to keep them pretty simple.

If any of you have any questions, feel free to leave them in the comments on this post, or by emailing me at Scott(@)CoffeewithGames.com(just remove the ( ) from around the @ symbol).

Questions:
Have any of you perhaps played Red Steel recently?  If so, what are your thoughts on the game?
Also, if you have played Red Steel 2, and you watched my videos linked above, did the game keep any of those things I was hoping it would keep from the original?  I still haven't played Red Steel 2 yet, so I don't know.

If you don't want to wait for the giveaway to end, you can find the game on Amazon.com right now for less than $10, just click the image/link below:
Posted by coffeewithgames at 11:43 PM