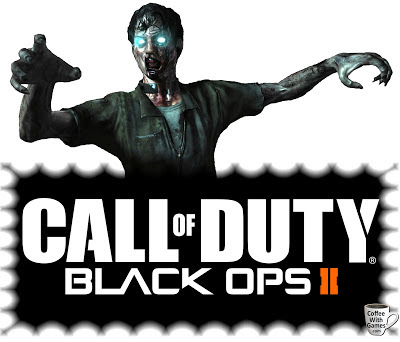 Coffee Beans
Call of Duty: Black Ops 2 will be releasing on November 13th, and until now Activision has been quiet about the game releasing for the Nintendo Wii, DS, or 3DS.

The Brew
The Nintendo DS was home to Call of Duty games for 5 consecutive years:

The Nintendo Wii has had five Call of Duty titles released on it:

The initial response I received was, "Black Ops is shipping for 360, PS3, Wii U and PC."

To make sure Call of Duty: Black Ops 2 wasn't releasing for the 3DS or Wii, I followed up with a second question, "So, just to make sure, there will be no Black Ops II for the Wii or 3DS? Just for the Wii U?"

The second response was very clear. They said, "In terms of Nintendo products, Black Ops II will just be on the Wii U."

Caffeinated Thoughts
I think it's interesting that Activision isn't releasing Black Ops 2 for the Wii, because the system does have such a large install base. I imagine the game could have sold decently on the system this holiday season, especially considering the Wii just had another price cut. I believe Nintendo is probably the biggest beneficiary of having Black Ops 2 only on their new Wii U system this holiday season, by using that as a potential selling point for older Wii only owners.

As for not releasing Black Ops 2 on the 3DS, or even DS, I think it's surprising considering the DS had a new Call of Duty game released every year since 2007, with this year being the first the system isn't getting one. The Nintendo 3DS has not had any Call of Duty game released for it, and this year makes for the second holiday season the 3DS will be on the market. When the largest FPS franchise in the video game industry is skipping a platform, that does make me question some things about the platform.

If you missed the post on Black Ops 2's live-action trailer, you can see the trailer that released on Monday below.


I'm still planning on buying a Wii U day one, and Black Ops 2 is on my short list of games I'm debating on to grab with the system. Being that I enjoy Wii Remote and Nunchuk controls in FPS games, thanks to Treyarch and other FPS Wii developers, I'm glad to know that Black Ops 2 Wii U has those control options, as well as the Wii U GamePad control option.

I enjoyed the zombie mode a great deal in Call of Duty: World at War, and played the mode a decent amount in the original Black Ops, so I'm really looking forward to seeing what changes have been made to the mode. With today being Halloween, I think a Call of Duty zombie mode needs another visit!

If you're a Nintendo fan and have enjoyed the Call of Duty Wii games and want to play Black Ops 2, I think this news is just another reason to buy a Wii U when it releases.

Does the news of Black Ops 2 not releasing for the Wii, or even 3DS, make you more likely to buy a Wii U system to play the game, if you are a Wii only owner?

If you are interested in Black Ops II, you pre-order the PlayStation 3, Xbox 360, and Wii U editions on Amazon.com below:

Posted by coffeewithgames at 4:23 PM