Should I be a coffee bean counter?
Last month, on March 9, I started tracking Red Steel 2's Amazon.com sale ranks.
I visited Amazon.com multiple times a day, and would capture the sale ranks for Red Steel 2(game only) and the Red Steel 2 bundle w/ Wii MotionPlus.
Along with the sale ranks, I made sure to note the date/time the data was captured.
Why?
I decided I would start following Red Steel 2, so I could see if the game ever reached as high as The Conduit did in Amazon.com's sale ranks, and perhaps get an idea of how it is selling overall. 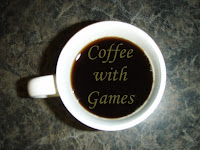 (You may need some caffeine before advancing)
The Chart:
The data in the chart was captured from March 9, 2010 through April 11, 2010.
The chart shows the sale ranks for both versions of Red Steel 2.
The lower the line is on the chart, the higher the rank for Red Steel 2.

The star symbol on the chart shows the first day/time, I recorded both Red Steel 2 versions breaking into Amazon.com's "Top 100" in the video games.
The day was March 23, 2010, around 6:00PM.  March 23 is also the day that Red Steel 2 was released, I thought it was interesting that was the first day I had seen it break into the "Top 100".
If you're wondering, "What was it ranked?"  I've got the data!

I know that Red Steel 2 is selling two separate bundles of the game, but I don't think it's looking very good for the game's sales, especially considering how little either version of the game has been in the "Top 100".
I know Amazon.com isn't the end all be all as of sales data.

I just think that from this information, it doesn't look like the second Red Steel 2 commercial effected the sales very much for the game, as of increasing them.
One possibility I've thought about is perhaps the commercials are getting people to go out to the stores to purchase the game, instead of ordering it online.


If your interested in either Red Steel 2 or The Conduit, you can see new and used prices for them on Amazon.com below:
Posted by coffeewithgames at 2:22 AM

Email ThisBlogThis!Share to TwitterShare to FacebookShare to Pinterest
Labels: Red Steel 2, The Conduit