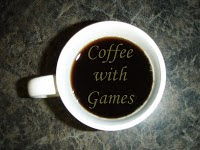 (Have you had your cup(s) for the day?)
The Chart Data:
The data in the chart was captured from March 9, 2010, through April 11, 2010.  The only day that no data was captured was on Monday, March 15.
The times reflected in the chart were randomly selected for each day, so the data is more of a random sampling of the sale ranks.
The lower the line is on the chart, the higher the sales ranks were for Monster Hunter 3.
The star symbol on the chart shows the first day I recorded the Monster Hunter 3 Classic Controller Pro bundle enter Amazon.com's "Top 100".
The time in this chart isn't the exact time, again because of the random sampling.


Questions:
Have you already reserved Monster Hunter 3?  If so, which version of the game are you getting, the regular or the CCP bundle?  If you haven't pre-ordered Monster Hunter 3, do you plan on purchasing it?


If you're interested in either Monster Hunter 3 version, you can see if Amazon.com has them available below:

Posted by coffeewithgames at 10:32 PM