Casual vs. Core vs. Casual/Core for the week starting November 1: 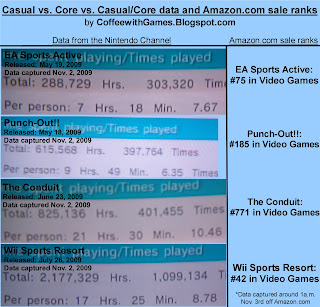 According To The Numbers:

The Conduit has 38,380 players reporting data.

It was reported on November 2, that Wii Sports Resort has crossed 7 million units sold world-wide, since its release.

Posted by coffeewithgames at 3:24 AM