Coffee Beans
"Would a 3DS redesigned with two circle pads make you more likely to purchase the system...or perhaps trade your current 3DS system in for an 'upgrade'?", was a question I asked last year in my April Fools post.
In the last few weeks there have been a few events with Nintendo's handheld lineup, and a current situation with the Nintendo 3DS at one major retailer, that leads me to believe Nintendo will be revealing a new 3DS system at/before E3 this year.
Is the evidence clearly pointing to a new Nintendo 3DS design soon to be unveiled? Or, is it too much analyzing and perhaps not enough coffee on my part? Let's take a look! 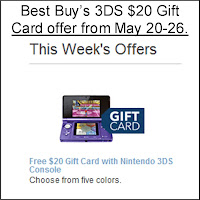 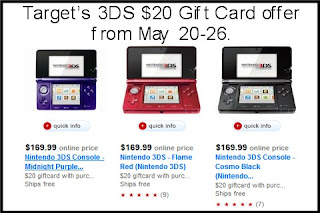 While those retailers are not offering a $20 gift card with the purchase of a 3DS this week, another major retailer, the largest online retailer to be specific, has not had the Nintendo 3DS system in stock for the last 2 weeks that I have been checking.
Amazon.com only has the Nintendo 3DS available for sale only from third party vendors, and all of them have the 3DS listed for more than the MSRP of $169.99. When I contacted Amazon about the inventory issue, they could not state whether the item was discontinued, or if they were just waiting for more shipments of the 3DS to arrive. I was told to "Just keep checking the site."
So Amazon.com, the world's largest online retailer, does not have in its stock what is supposed to be Nintendo's flagship handheld now, and hasn't for at least the last 2 weeks?
So why would Nintendo cut the prices of the DSi and DSi XL, and then three major retailers offer $20 gift cards with the purchase of new 3DS systems the same week? I think it signals a "fire sale", and perhaps a clearing of inventory. I am really thinking that perhaps Nintendo will be making a surprise announcement of a newly designed 3DS at E3. Two circle pads and additional shoulder buttons are a given, and I also think there will be higher resolution cameras on it. Perhaps I'm incorrect, but we will find out soon enough.

Caffeinated Thoughts
Let's do a quick list recap of the points above:


Questions
Do you think, based the information provided above, that Nintendo is preparing a new 3DS design soon to be released and perhaps announced at their E3 2012 conference? Do you think that Monster Hunter Tri 3G will be released in the U.S. the same day as the new 3DS system, if my speculations above are correct?
If you are a current Nintendo 3DS owner, have you purchased the Circle Pad Pro for it? If so, would you recommend the Circle Pad Pro to other 3DS owners?

If you are interested in the Circle Pad Pro attachment, you can purchase it from GameStop by clicking its image below, and you can also see that Amazon.com is still not directly offering the current 3DS models by clicking the images below:

Posted by coffeewithgames at 5:28 PM