Coffee Beans
If you have been reading my site for a while, you may remember a post from June 2010 which was titled, "Coffee by Mail?!"  In the post, I stated how my friend Charlie, who writes on his own site NicodemusAtNite.com, had mailed me a package of Trader Joe's coffee.
Well, last month, another package arrived at the house from Charlie, and it contained this: 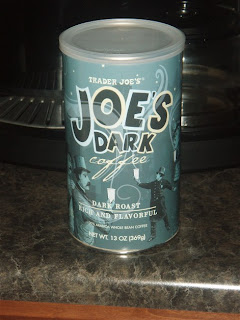 Charlie and I met through a mutual friend, and I believe the first time we met we played GoldenEye 007 on the Nintendo 64.  I remember we only played one match, and it was on the Temple level.  GoldenEye 007 was easily my most played Nintendo 64 game, and I enjoyed the game's single-player as well as its multi-player.  It was not until I played against Charlie in that match though, which was in 2002 or later, that I realized the respawn points were pre-determined in the levels, and he knew exactly where they were!
Charlie started NicodemusAtNite back in April of 2009, and his writing/blogging was part of the inspiration for me starting CoffeeWithGames; so you can partially thank, or blame, him for CWG!
Last June, Left 4 Dead 2 was Charlie's favorite game at the time.  In the last year, has another game moved into L4D2's place for Charlie, and are there any games he would recommend now?  Let's take a look!


Interview Q&A
CoffeeWithGames:  Last June, you said Left 4 Dead 2 was probably your favorite "current generation" game. Is L4D2 currently still your favorite game, or are you finding yourself enjoying another game more now?
Charlie:  The game I probably play the most now is Super Street Fighter 4 Arcade Edition.  They rebalanced characters and added 4 new characters so it's like a totally new game.  And it's like chess.  So many strategies and ways to play a character.

CWG:  You purchased a PS3 in the last year(I think), are you still enjoying the system?  Are there any games you would recommend to other PS3 owners?
Charlie:  Yes, I purchased a PS3 last year (I was/am a hardcore PC gamer, so I jumped on last console generation about 4 years late).  But I am definitely enjoying the system.  When I was in high school I played a lot of fighting game and RPG's.  I'd recommend Metal Gear Solid 4 because of the great graphics and story telling.  I also recommend God of War Collection (Contains God of War 1 & 2 in HD) for all you hack-n-slash lovers.
CWG:  You seem to enjoy Trader Joe's coffee more than the other blends, is there any particular reason?
Charlie:  Trader Joe's is the best.  You know how there are beer connoisseurs?  I'm a coffee connoisseur.  Trader Joe's coffee is full and rich.  I drink my coffee black so I can actually taste the different coffee flavors.  I recently, at work tried the mass produced coffees like Folger's or Maxwell's and even when I try to put more scoops to make it taste richer, it doesn't.  Trader Joe's also have a great selection of organic coffees which I"m a fan of.

CWG:  When you started your site NicodemusAtNite, it was through Blogger's Blogspot service, but you made it an official .com a few months back.  Are you still enjoying the blogging world, and do you have any regular features/posts you would want others to know about?
Charlie:  I enjoy blogging.  I've tried something new though.  I've reverted to only writing one post a week, instead of 3 "not putting my heart into the writing" posts.  It's hard at the same time though because there are days when I don't want to write but I force myself to.  I know some of the other readers of your blog have blogs, podcasts, musicasts, etc and can maybe relate that it's tiring because sometimes it's like, "Nobody is really reading my blog."  But I realize you start blogging for fun and post topics you enjoy and people will visit your site.  From there, communities are built or as Seth Godin calls them, your "Tribe."  Actually the more I think about it, blogging is hard sometimes!  Here are two posts I want to share with others.  One is when my friend and I visited a fortune teller and one when I took the FBI entrance exam (read to see if I passed or not).
1) http://www.nicodemusatnite.com/2010/06/stella-fortuneteller.html
2) http://www.nicodemusatnite.com/2010/12/taking-test.html

Filtered Thoughts
If you want to follow Charlie's writings, you can do so directly at NicodemusAtNite.com.
A big thanks to Charlie for all the coffees he has sent, including the latest Joe's Dark blend!
Posted by coffeewithgames at 5:40 PM