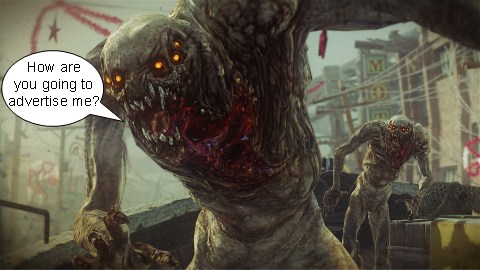 Coffee Beans
If you are a PlayStation 3 owner and you are a FPS fan, today is the release of Resistance 3 for the system.  Sony appears to be going all out with support for Resistance 3, as I was just hopping over to my YouTube account to upload a video, when I noticed a massive Resistance 3 ad at the top of YouTube.
I have no idea how much it costs to buy ad space on YouTube, but I can imagine Sony paid a pretty penny(or two) for the spot.
What's the Resistance 3 ad space look like, and what video is Sony using to advertise the game?  Take a look after the break!
Why do I think this is great game advertising?  Well, one reason is because YouTube.com is currently ranked as the third most visited site in the world, and currently the fourth most visited site in the United States.  While television advertising still reaches audiences, it's usually a very specific audience that is targeted with it.  Advertising on YouTube is allowing Sony to get Resistance 3 in front of a very diverse audience, of all different ages.
A second reason I think this is a great advertisement is that this advertisement is up the day/weekend the game is releasing, helping get word out about Resistance 3 hopefully before people go spend their paychecks on other things over the weekend.
Not only does the advertisement help give Resistance 3 recognition, but it also helps bring awareness to the Sony Move and Navigation controllers, because the ad specifically mentions the Resistance 3 "Doomsday Bundle"

.  You can see the video ad for yourself below:


I think this YouTube ad purchase by Sony is a good example of great video game advertising, and I am glad to see video game publishers using new outlets such as YouTube to bring attention to their games.  This must be very encouraging for Insomniac Games, and hopefully the game turns out well for both Sony and Insomniac; and most importantly, for us gamers.
While I have not reserved/purchased Resistance 3, I did play Resistance: Fall of Man and enjoyed my time with the game; and perhaps once I finish my backlog of games, I will give Resistance 3 a try.

Questions
Have any of you already reserved/purchased Resistance 3?  If so, is this your first game in the Resistance series to purchase, or did you play the first two also?
If you have already had a chance to play some of Resistance 3, what do you think of the game from what you have played so far?  Would you recommend it to other PlayStation 3 owners looking for a new FPS?

If any of you are interested in Resistance 3, you can see the Doomsday Bundle, the software only version, and the PS3 console on Amazon.com linked below:

Posted by coffeewithgames at 1:20 AM