Coffee Beans
Samurai Warriors 3 (SW3) was released for the Wii in North America on September 27, 2010 with a MSRP of $49.99.  The game was developed by Omega Force, and published by Nintendo for its release in the United States and Europe.
Samurai Warriors 3 received a "Teen" rating from the ESRB with "Mild Suggestive Themes, Use of Tobacco, Violence" listed as content for parents/gamers to be aware of.
SW3 is classified by Nintendo as a "Tactical Action" game on its press page, and the game features a single-player campaign, local split-screen multi-player, as well as online multi-player for 1-2 players.

How many hours have Wii owners spent hacking and slashing in Samurai Warriors 3 since it released last year?  Let's take a look!

Approx. Number of Players Having Reported Data
Samurai Warriors 3 has about 4,922 Wii owners that have reported game-play data through the Nintendo Channel for the United States of America, with 364 days possibly reported.

Review Score Averages
The game's "professional" review score average is 58.73%, based on 15 reviews on GameRankings.com.

Odd Beans
While researching for this post, I googled "Samurai terms coffee" and was very surprised by the first result that popped up.  Apparently, not only do samurai drink coffee, but they have their very own coffee company!  It's the Country Samurai Coffee Company, based out of Hawaii. 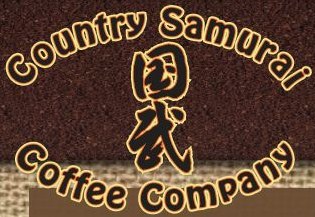 If you are actually wondering how the company came up with its name, you can read that HERE.


Now, you may be thinking, "Coffee, why a data report on Samurai Warriors 3?"  Well, it was not one of the games I have been tracking on a weekly basis, and I didn't even see it when looking at older Wii games to do reports on recently.
No, the reason is really simple.  A reader from GoNintendo.com left a comment on my SpongeBob post from yesterday that was posted over on GoNintendo earlier today, saying he wished he could see the data on Samurai Warriors 3 and another Wii game.
When I saw his comment, it reminded me I had completely forgotten to track Samurai Warriors 3 last year after it released, so I decided to record the data and get the report together.
While SW3's "Total Hours" reported are not very high, I think the hours reported "Per person" show the Wii owners that played this game really enjoyed it and they have put a lot of time into it.
Also, I found the difference in the "professional" review score average and the Amazon.com customer reviews to be interesting, and I wonder if it was because the "professional" reviewers didn't put a lot of time into the game?  I don't know.

If any of you are interested in Samurai Warriors 3 for the Wii, you can see prices for it on Amazon.com linked below: