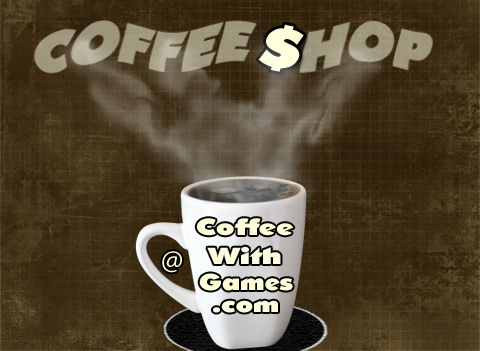 The Brew
First up, if you own a Wii U and have been interested in grabbing New Super Mario Bros. U, you can currently get it for $44.31 with free shipping, HERE, which is a savings of 26% from its MSRP.

If you are even a little bit interested in Call of Duty: Black Ops II for the Wii U, I highly recommend it. The online community is still active, and I don't have issues finding regular Team Deathmatch battles to hop in. Amazon.com currently has Black Ops II for the Wii U on sale for just $37.96, HERE, with free shipping. Just make sure to check the "More Buying Choices" section on the right side of the page and look for Amazon there, otherwise you will currently be buying the game from a third party vendor on the main page, and the order will be "Fulfilled by Amazon" instead. It is cheaper by nearly $10 that way right now though, if you don't mind purchasing from a third party vendor.

For Disney fans that might have recently purchased a Wii U, Epic Mickey 2: The Power of Two is on sale from Amazon.com for $25.24 with free shipping.

Fighting fans have two deals to pick from on the Wii U right now:
Tekken Tag Tournament 2 Wii U is currently on sale for only $19.77, a 50% discount, HERE! Like Black Ops II, check the "More Buying Choices" to make sure you are getting it directly from Amazon, unless you don't mind buying it from a third party vendor.
The second fighting game Wii U owners can buy at a discount of more than 20% right now is Injustice: Gods Among Us. The game is currently discounted almost 30% on Amazon.com, HERE, and is selling for $43.23 with free shipping.

Do you enjoy hunting? Have you ever wanted go monster hunting? If so, you might want to check out Monster Hunter 3 Ultimate on the Wii U. I actually own the game, just haven't opened it yet. It will probably be played for one of the CoffeeWithGames Game Nights in the future, and I'm looking forward to hunting some more monsters. You can currently save just over 20% off Monster Hunter 3 Ultimate's MSRP of $59.99, HERE.

If you're not super, super, super cheap like I am, you probably will want to protect your Wii U's GamePad sooner, rather than later. You can currently get the Blue Wii U GamePad Nerf Armor protective case on sale for just $12.97, which is 35% off its MSRP of $19.99, HERE.

There are currently two Wii U eShop games on sale, both more than 20% off their eShop list prices.

I have played and beaten Trine 2: Director's Cut on the Wii U, and really enjoyed my time with the game. The game is currently on sale for just $7.99! You read that right, you can purchase Trine 2: Director's Cut for just $7.99! Trine 2 was an eShop launch title available when the Wii U launched last November, and has an eShop list price of $19.99.

If you are trying to do the math on that one, it's a savings of about 60% off its eShop list price. Here's a trailer for Trine 2 on the Wii U, if you're wondering what the game is like:

Nano Assault Neo is the other Wii U eShop game on sale right now, and you can currently buy it for just $6.99. It has an eShop list price of $9.99 regularly, so it is currently discounted about 30%. I haven't played Nano Assault Neo, but like Trine 2, it LOOKS very well done on the graphical side.

If you aren't aware of what Nano Assault Neo looks like, here is the trailer for it from the Wii U eShop:

Questions
While I can easily recommend Call of Duty: Black Ops II and Trine 2: Director's Cut at their prices, are there any Wii U games you would recommend at their current prices (or, maybe not)?

I have some funds in my Wii U eShop account and am interested in Nano Assault Neo, but I'm not sure I would enjoy the genre, as I haven't really played the games in it before. If you own Nano Assault Neo on the Wii U, is it a game you recommend to other Wii U owners?

Posted by coffeewithgames at 2:30 AM