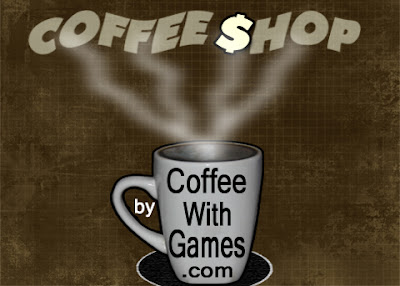 Coffee Beans
If you're a Wii U owner and planning on grabbing one of the many new games releasing on the system this week, you might want to visit Target.com or your local Target store. If you haven't seen it already, Target is running a "Buy Two, Get One Free" video game sale, on select games for the Wii U and the other consoles.

As for new Wii U games releasing for the system this week that are included in the sale, there are four from my count:
1) LEGO City: Undercover is available today for the Wii U with a MSRP of $49.99.
2) Monster Hunter 3 Ultimate is releasing tomorrow, March 19th, at a MSRP of $59.99.
3) Need for Speed: Most Wanted is also releasing Tuesday, with a MSRP of $59.99 as well.
4) The Walking Dead: Survival Instinct will be finding its way to store shelves Tuesday as well, but has a lower MSRP of $49.99 at most retailers, though you can pre-order right now and get it for just $37.49 from Amazon.com as I wrote about last week.

Again, if you want to see the games included just visit this Buy Two, Get One Free on Select Video Games at Target.com link, and see if there are any games available online or perhaps in stores that you might be interested in.

Depending on which Wii U games, or other system(s) games, you are interested in, you could be saving anywhere from $30 to $60 this week, while adding three new games to your collection.

Questions
Are there any other stores running a "Buy Two, Get One Free" video game sale this week, or any video game sale that is as good as, or better than, the one on Target.com and in Target stores this week? If so, please share it in the comments below!

Also, are any of you planning on taking advantage of the Target sale this week? If so, what games are you planning on buying? For us, it depends if I venture out to our Target store tomorrow or not. If/when I do, I may end up with two new Wii U games for our collection: LEGO City: Undercover and perhaps The Walking Dead: Survival Instinct (still debating on games though).
Posted by coffeewithgames at 9:30 AM