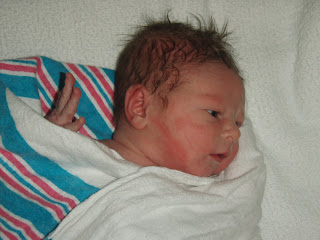 We have family that will be visiting us starting later this week, and then throughout the rest of the month.  So with a new baby, a 2 year old, work, spending time with my wife Mrs. Coffee, trying to beat Monster Hunter Tri (yes I've been finding some time for it!), and family about to visit...I may not be posting a lot for the rest of July, but I wanted to give you all an update and share the good news with you.
Posted by coffeewithgames at 12:00 AM